Ah the point and click adventure. A genre so influential in the 80's and 90's, that it spawned countless titles!We've seen some great P.A.C games throughout the years, games like Day of the Tentacle and Gabriel Knight. Though we've seen some pretty bad ones like 1995's 'The Dig' *Shudder* So that brings us to Reality Incognita, what umbrella does this game fall under? Good, bad, or in between? Well let's find out. 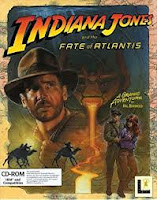 The point and click genre is most certainly dying if not already dead. In this age of FPS and battle royale games, where's the room for a slow paced single player experience? The developer of Reality Incognita aimed to rekindle that lost spark for the genre and I think while they didn't quite hit that spot, they certainly hit something. Now let's get one thing straight right now . . . This game is by no means bad, far from it actually. It's got its own problems that are more in line with the player rather than the game. 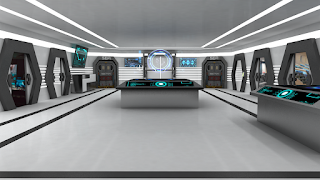 The game's description reads as followed 'Peri Res has woken up unexpectedly in a place that resembles anything but her daily routine. Upon closer inspection she discovers it’s an eerie space vessel bound for the unknown. Finding out why her current predicament is happening sets out to be our protagonist primary goal. The quest to determine and discover forthcoming events is unfortunately riddled with suspense and many dangers wait. To make matters worse the ship is constantly being sabotaged and her efforts are proving ever more difficult. Time is not on her side as she races to find out why she has been brought to this strange and vast spacefaring vessel.'

So for those of you who didn't quite understand, you play as an amnesiac who's just woken up in a cryopod. You're then thrusted into the game and must figure out that's happened and where the ship is going. My favorite twist to the game was that the rooms were always changing. You're constantly fighting against the unknown, rushing to get to the bottom of the mystery. I won't spoil anything, but they're are some pretty challenging puzzles you're tasked with figuring out. But I'm getting ahead of myself! We'll come back to gameplay, but right now I want to focus on the game's presentation.

So the first thing you notice is the game's graphics, which are quite pleasant. Everything's got this soft and shiny sheen to it. The dev really used high quality assets with this one and I can appreciate that. Though they do fall short on the U.I which is quite bland. All the menus and text systems are hand drawn, which is fine, but they contrast with the beautiful textures of the spaceship. When You've got an ultra polished spaceship interior with tannish brown menus, you kind of get turned off. 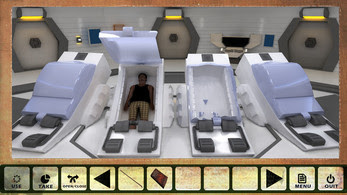 Next on the docket would be the voice acting and . . . I've heard better. Look it's an indie game for crying out loud So I'm not expecting Hollywood levels of voice acting, but the V.A sounds like she had trouble getting invested in her own mystery. It might be a dialect thing, but she definitely mispronounced some words. I remember her specifically calling a Stasis pod (Stay-sis) a (Sta-sis). Like I said, I get that this game was made by one person and all, but that voice acting can really turn someone off. But to be fair she did have a couple quips that got a chuckle out of me, just don't come in expecting a huge developed character (She has amnesia for crying out loud)!
Now back to gameplay because this might turn people away. The game thrusts you straight into the adventure with no explanation of anything. No little tutorial to educate you on how to do something, and certainly no partner or entity to mystically guide you through the story. You are your greatest ally and biggest stumbling block, but that's what I like about Reality Incognita.

As someone who grew up playing these types of games it's refreshing to see the dev didn't skimp out on difficulty because this gaming generation is soft. There was no one there to hold my hand as I stumbles about, desperately trying to stay alive and solve the mystery. So I applaud Dire Boar Games for that decision! Don't bend and keep the difficulty. This game will test your patience, it will test your intelligence, and it will test your resolve. Do you have what it takes to solve the mystery and survive? 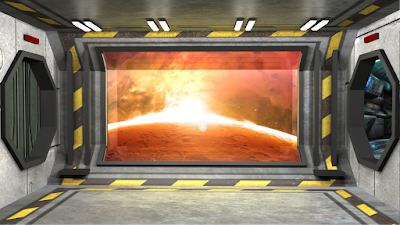 So in conclusion, Reality Incognita is not for everyone, but I do feel everyone should play it. Now I get that probably doesn't make a whole lot of sense, but hear me out! This game may have flaws, but it has a lot of heart. This game not only invoked that special place in my heart for this genre, but it did it right. Gave me the difficulty, gave me the hardships, and made me work for the solutions! So again, Point and Click adventures aren't for everyone, but if you want a good story driven challenge? This is your game. We at Shock Site give Reality Incognita 4 stars out of 5.

You can find the game here https://direboargames.itch.io/reality-incognita-alpha